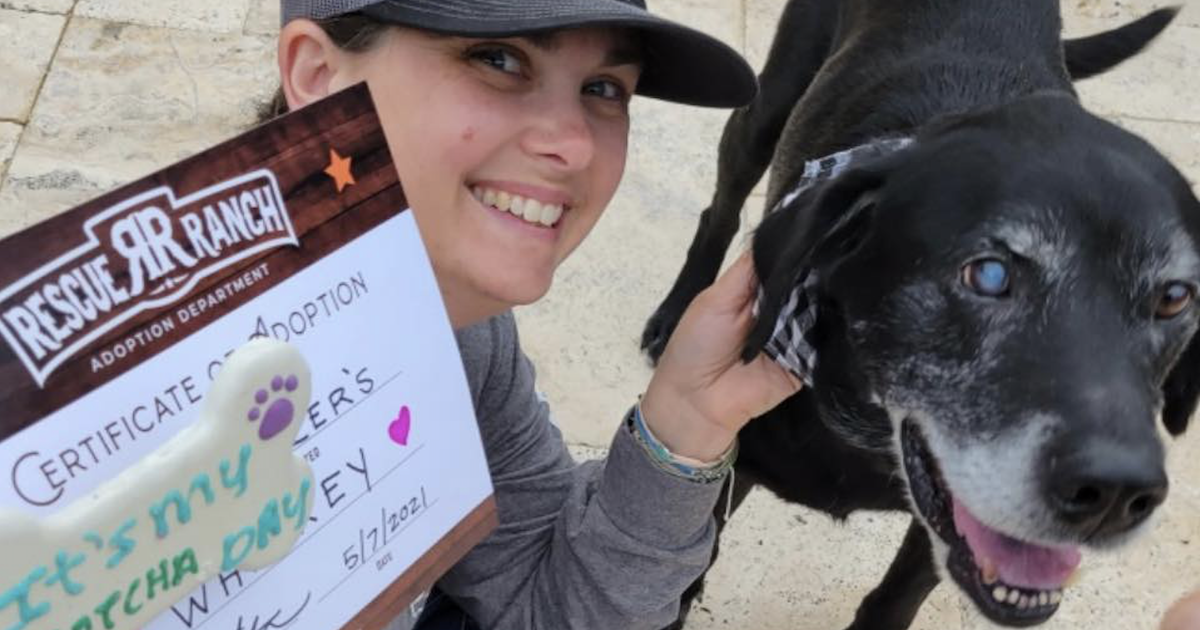 When Brandy Fowler chose to foster Whiskey, a 15-year-old Lab, she knew his days might be numbered. And after bringing him to the vet, she realized she might be his last hope. So, she decided to go above and beyond her foster family roles. She was determined to give Whiskey the best life possible.

Whiskey now has a bucket list that he’s working on. Fowler wants to ensure that he gets to do all the things that he likely didn’t get to do with his former families. And this pup deserves the attention more than anyone!

Rescued Despite the Odds

Whiskey and another dog were saved from a high-kill shelter and brought to Rescue Ranch in North Carolina. Fowler is a part-time employee at Rescue Ranch, and she recently fostered her first dog through the organization. When Whiskey came in, they asked her if she could foster him.

Fowler has a soft spot for Labs. After all, she currently has a yellow Lab of her own. So, she took Whiskey in and promised to give him the best life possible.

When Fowler brought Whiskey to the vet, she learned about his several health concerns. He sometimes limped and he was underweight. He was also heartworm positive with splenic tumors. Not all of these items could be easily treated at his age, but Fowler continued to stay positive. She had plans to make his remaining time great.

“[The vet] told us his health issues and that he may not have long to live, and my son said we should create him a bucket list of all the things he may not have had the chance to do prior to coming to us,” Fowler said. “So we thought about all the fun things we’ve done with our dogs over the years and have done that with him.”

Whiskey’s foster family has been checking off bucket list items for him, and he seems to be loving it. So far, he has eaten an ice cream sundae, painted a picture, gone swimming, appeared on TV, went to a bar, enjoyed homemade cookies, and so much more!

And Whiskey’s most recent bucket list item is the best of all. He checked off “find your forever family.” The Fowlers fell in love with him over the past few months, so they officially adopted him. Now, this sweet boy will be able to spend his final days in a permanent loving home.

It’s unclear how much time Whiskey has left, but he will continue to make the most of it. Senior dogs are the best, and they deserve just as much love as any other dog. Fowler hopes Whiskey’s story will encourage others to adopt a senior dog or try fostering. Both are rewarding experiences that can save lives.