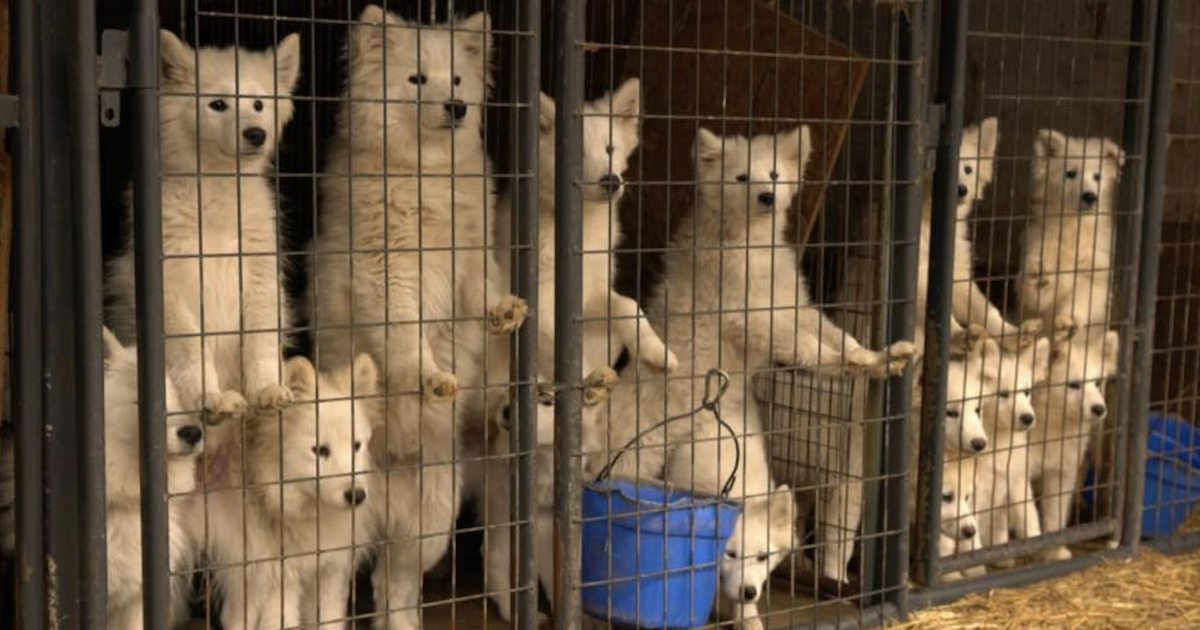 Ending puppy mills is an important goal for dog parents all over the world. And a big part of that is stopping pet stores from selling dogs. But banning puppy sales is much easier said than done, and sadly, many people continue to fight back against puppy mill bans. So, the state of Texas is doing what they can to put an end to puppy mills as quickly as possible.

Bill 1818 recently passed in the Texas House. If it passes in the Senate, it will require pet stores to get their dogs from shelters, rescues, and licensed breeders only. But will it help?

A Bill to Save Dogs

Texas is one of the states with the most dogs euthanized in shelters annually. Yet, that doesn’t stop people from buying puppies at pet stores instead of adopting. Most puppies from pet stores come from puppy mills, and they often end up sick because of it. To help put an end to these inhumane businesses, a new Texas bill recently passed in the House.

The new bill would make it illegal to sell puppies from puppy mills in pet stores. Instead, businesses would have to get their dogs from animal control agencies, animal shelters, animal rescues, or licensed breeders. Luckily, six municipalities in Texas have already passed similar laws.

“An estimated 2 million puppies sold annually across the U.S. originate from puppy mills while 2 million to 3 million puppies and cats are euthanized by pet shelters every year,” said Rep. Jared Patterson. “Commercially bred dogs often live in horrendous conditions and suffer from an array of illnesses, often unknown to the consumer.”

Bill 1818 was quickly approved by the House with a vote of 85-54. Before it can go into action, it must pass through the Senate too.

Any step toward ending puppy mills seems like progress to dog lovers. But unfortunately, not everyone feels the same. Many government officials fought back, saying that there was no reason for this bill to be passed.

“What business is it of the State of Texas to tell people who are taking care of their dogs and ensuring that the dogs are healthy, that they can’t sell to the public in the manner that which they want to,” Rep. Matt Schaefer said.

But what Schaefer isn’t acknowledging is that many breeders don’t take proper care of their dogs. Puppy mills put profit above the well-being of their dogs, which results in poor living spaces and sick puppies. Petland is one of the biggest offenders of these inhumane practices.

“Petland is the only one of these stores that sort of refuses to give up this archaic business model. That is so cruel. It brings sick and injured, unvaccinated, not spayed and neutered puppies into our state,” Texas State Director of Humane Society of U.S. Lauren Loney said.

Will This Help End Puppy Mills?

Any effort to stop puppy mills is a step in the right direction. So, this new bill is essential for animal welfare. While many dog parents are aware of inhumane breeders, first-time dog owners might not be. It’s important to keep spreading the word so people get dogs from responsible sources instead.

Even if this bill passes in the Senate, it won’t completely remove puppy mills from Texas. The bill states that one of the sources pet stores can get puppies from is “licensed breeders.” But many puppy mills are licensed by the USDA. This is because the licensing standards are so low that a breeder could be licensed while still neglecting dogs. So, the only real way to stop the majority of these sales is to stop pet stores from selling puppies. Otherwise, puppy mill breeders will keep finding loopholes.

This new bill is a small victory for Texas, and hopefully, it will be passed soon. But we still have a long way to go to stop puppy mills from hurting so many dogs. By encouraging more families to adopt dogs from rescues and shelters, more dogs can be saved. If more states start passing laws like this one, maybe puppy mills can be stopped once and for all.