It’s no secret that when soldiers return from combat, their lives are often changed. Adjusting to a new normal can be extremely difficult. This is especially true for veterans who have seen and lived through unimaginable circumstances. 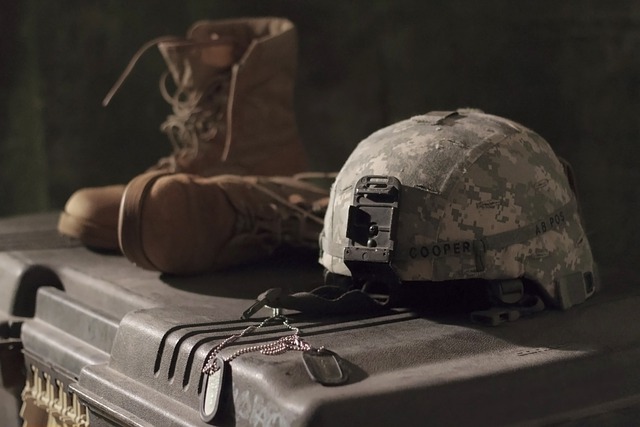 As you may have learned yourself, dogs are often a source of comfort. Dogs help heal our hearts and bring peace to our minds. They help our beloved veterans return to some sense of normalcy. There’s just something about having a furever friend by your side that heals the deepest parts of the soul.

One Non-Profit Is Changing The Lives Of America’s Heroes

Rebuilding Warriors is a non-profit organization that provides highly trained and socialized service and companion dogs to veterans. These pups are paired with honorably discharged veterans from all branches of the military. The veterans must be amputees, living with PTSD, or have a traumatic brain injury. In addition to veterans, the non-profit also serves first responders.

“It’s improving the quality of life for veterans and first responders by providing them a service animal to help them do those things that they have a really difficult time doing,” said Jeff Mullins, vice president of Rebuilding Warriors.

One army veteran was recently paired with his new furever friend.

Meet Sergeant First Class, David McCoy. He enlisted in the U.S. Army in 1995 as an infantryman. After that, he went on to complete One Station Unit Training (OSUT) at Fort Benning, Georgia.

SFC McCoy proudly served in Operation Enduring Freedom. His deployments sent him all around the world. In addition to his time overseas, SFC McCoy also had many duty stations in the United States.

SFC McCoy has been honored with many awards and decorations for his sacrifices. Now it’s time to give back to this hero who gave so much for all of us.

SFC McCoy Is Ready For His Next Mission: Unconditional Love

Rebuilding Warriors recently presented SFC McCoy with a service K9 named Daphne. The touching presentation was held at Horsehead American Legion Post 442 in New York. SFC McCoy was overwhelmed with gratitude as he met his new best friend. Daphne will help SFC McCoy rebuild his confidence and help him live a happy and fulfilling life now that he’s retired.

“Rebuilding Warriors is an absolutely top-notch service dog organization,” said SFC McCoy. “Thanks so much to Jeff Anderson and Jeff Mullins and Valori [Phillips] for all that they’ve done.”

Rebuilding Warriors continues its mission of helping other veterans find the unconditional love and companionship they deserve. If you’re interested in helping them change the lives of our heroes, you can donate here.

Smart dogs are cute and funny | This dog has a terrific IQ😎😎😎
Baby Dogs 🔴 Cute and Funny Dog Videos Compilation #30 | 30 Minutes of Funny Puppy Videos 2022
Devastated Corgi Crawls To Safety After Getting Shot Between The Eyes
Funny Dogs Acting Strange – Cute But Angry | Pets House
What do I do when MY OWN DOG WILL *NOT* STOP BARKING at EVERYTHING THAT MOVES… EVERYWHERE We Go?!?!?