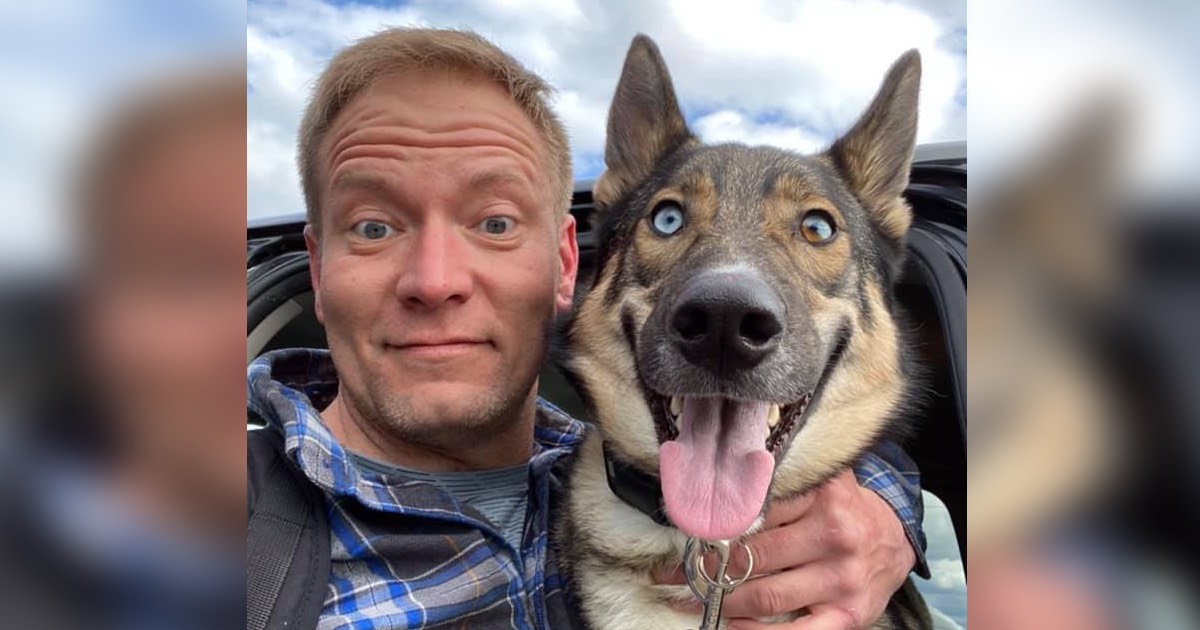 The heartwarming moment of a man being reunited with his beloved best friend and service dog after an unexpected three weeks apart was caught on video by a local news station. Joey Martin and his German Shepard mix Maximus ventured from Portland to Auburn, Washington, where they were looking forward to exploring Olympic National Park together. However, they never made it to the park for their adventure. Not long after they arrived in Auburn, Martin experienced a medical emergency that required a brief hospitalization.

Since it was a sudden situation, Max was left alone in their room with hotel staff were unaware of where Martin had gone. Plus, he wound up in the hospital without his wallet or cell phone. Unable to reach him despite many attempts, the hotel contacted animal control, and Max was taken to the local animal rescue.

When Max arrived at the shelter, he was scanned, and they found a microchip. The rescue was thrilled to know they may have a way to contact his family. But despite their many efforts, they were unable to reach his dad, who they didn’t know was without his phone in the hospital.

Since they had exhausted all of their means to contact his dad, Max was adopted by another family. Once Martin was released from the hospital and he heard about what happened to Max, he was understandably upset. Not only was Max his faithful friend, but also his emotional support animal.

“He was strong, unruly, and a big beautiful goof! I’ve loved him since we first met,” said Martin. “Max is also my approved emotional support animal to help with the struggles I face involving PTSD and anxiety.”

Martin contacted the shelter where Max was taken, and they reached out to his temporary family. They explained the entire story to them, and how much Max meant to his dad. To their great relief, the family understood the deep, emotional bond between the pair, and they agreed to reunite Max with his dad.

“It went well and we’re very happy that they saw the importance and the need to reunite Max with his owner,” Morgan said.

It was wonderful that Max and his dad could be reunited, but that isn’t the case for an avoidably high percentage of situations. Updating a pet’s microchip information and adding a secondary contact person to their records increases the likelihood of finding and reuniting furry family members by 30%. Had Max’s dad added another contact person to his microchip records, they may have been able to come pick up Max while Martin was indisposed.

“I’m so thankful right now, and it’s almost overwhelming, I feel like so many played a part in me getting back Max!” said Martin. “I want to let everyone know we’re back together and thank them. At the same time, I just want to bring my boy home and cuddle him. I’m just so happy he’s healthy, and we’re on our way home.”