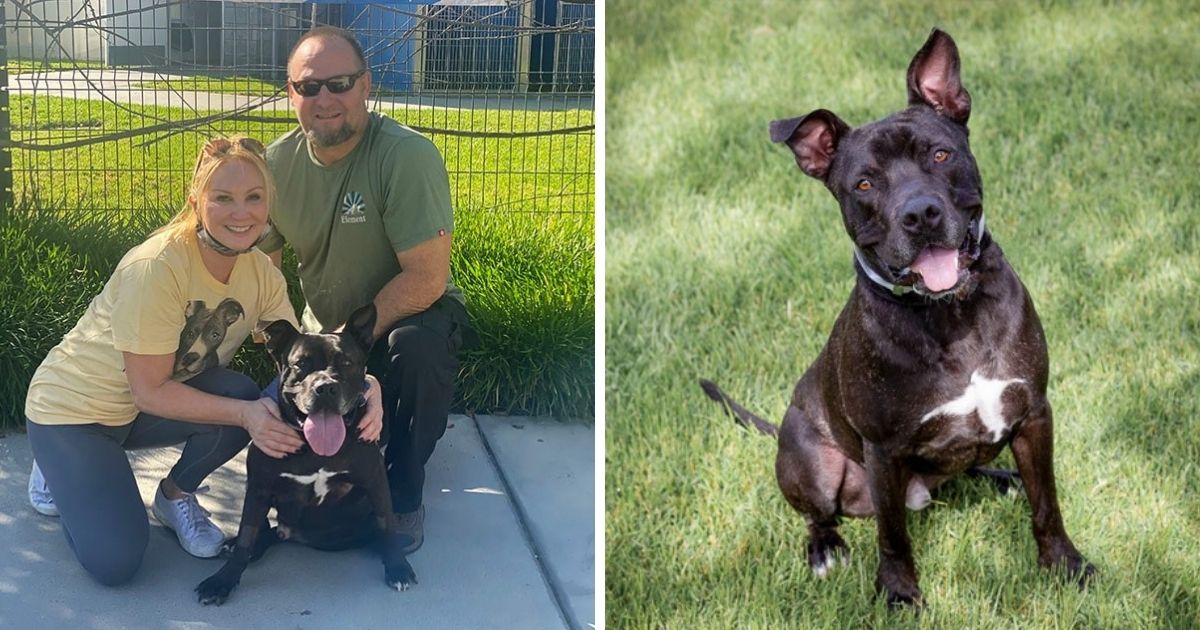 A deserving pup that spent almost two years at the shelter has finally found a forever home. Melvin had to celebrate one birthday behind shelter walls, but he will be celebrating his next one with an incredible family.

The 3-year-old Pit Bull spent 667 days at SPCA LA. After being found wandering the streets by the Long Beach Animal Care Service, he began a two-year waiting game.

Melvin was deeply loved by the staff from the second he walked through the shelter doors. It was clear that he would be an incredible dog for a lucky family, so the team began the hunt to find the perfect home for him.

Though shocking to the shelter staff, finding Melvin a family was not as easy as they hoped. No matter how many ways they spread the word about this incredible pup, nobody was interested in adopting him. Before they knew it, almost two years went by without a single adoption inquiry.

Due to how long Melvin was in the shelter, the team knew they had to go above and beyond to keep him happy and stimulated. Melvin participated in hours of behavioral training, daily enrichment, and even spent some time in a wonderful foster home.

“A dog with a long length-of-stay like Melvin’s receives hours of training and daily enrichment in order to remain mentally and physically resilient and stable in the shelter environment. There is also a significant emotional investment because we become their interim family, waiting for someone to give them a chance to become a companion.” – Sara Taylor, Director of Animal Behavior & Training

Melvin created special bonds with multiple volunteers and staff members throughout his long stay at the SPCA LA. He was always on the minds of the shelter crew, which is why he was the first pup they thought of when meeting a potential family.

This family was in search of a friendly Pit Bull mix to fill the hole in their hearts from losing a previous pet. After hearing about Melvin’s many days spent at the shelter, the couple knew they had to meet him. From the moment they locked eyes with the lovable Pittie, it was clear that he was meant to come home with them.

“We’ve waited 667 days to say these words: Melvin has left the building!

Thank you to staff, volunteers and supporters who made it possible for us to keep Melvin healthy and engaged while he waited for “the one.”

Melvin’s new family has years of large breed experience, and room in their hearts for another dog after the death of one of theirs. Melvin now has two Pit Bull siblings to call family.” – SPCA LA

Melvin absolutely loves his new family and the two Pitbull siblings he now shares a home with. We are so happy for this incredible pup and we have no doubt he has a beautiful future ahead!