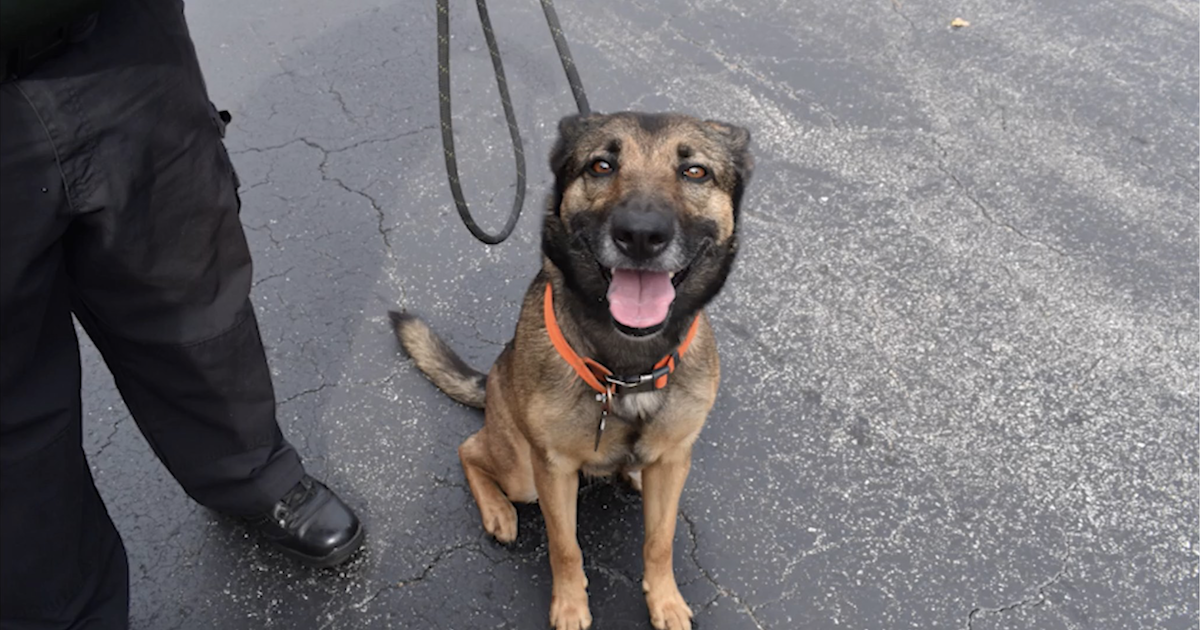 A few months ago, a one-year-old German Shepherd survived a nasty fall. Her human tossed her off a second-floor balcony, right in front of police officers. Volusia County Animal Services took the pup into custody and nicknamed her “Miracle.” That drop could’ve killed her, but she landed on her feet and sustained minimal injuries.

After life in foster care, Miracle is now preparing for her happily ever after. Humans rushed to save her life that day, so now it’s time for her to do some saving too. The pup is being trained as a service dog to assist her new family, and she couldn’t be happier about it!

35-year-old Allison Murphy is responsible for causing trauma to Miracle. Witnesses called police to the scene that day after Murphy threatened to jump off the balcony. Then, when officers approached her, she threw the innocent dog off instead.

Officials rushed Miracle to animal services following the event, where she received a proper vet examination. Murphy received a misdemeanor of cruelty to animals, along with a felony charge after resisting arrest.

The judge ordered Murphy to reimburse the county $1,127.24 for the dog’s care. She is also not allowed to have another pet for the next five years and must complete an animal care course before bringing another animal home. Hopefully, this will help avoid another instance like Miracle’s.

On March 5th, the judge also declared that Murphy is “unable or unfit” to care for Miracle. Instead, records state that the dog will be in the custody of Halifax Humane Society until she gets adopted.

Miracle has been with a loving foster family ever since the horrific incident. But now, she’s getting ready for a new “leash” on life. She is training to become a service dog, and she’s been a star student. Once she’s ready, Miracle will head off to her new home with a military veteran who has been looking for a service dog.

“We’re gratified that working with our law enforcement partners, we were able to intervene and protect Miracle from any further harm,” said Volusia County Animal Services Director Adam Leath. “The teamwork between Animal Services and law enforcement around the county continues to be a true community partnership that’s providing help and resources for our four-legged and two-legged companions alike.”

The past few months might’ve been rough and confusing for Miracle, but now she’s ready for her happily ever after. She won’t let one traumatic event control her. Instead, she’s going to do her part to change the world!