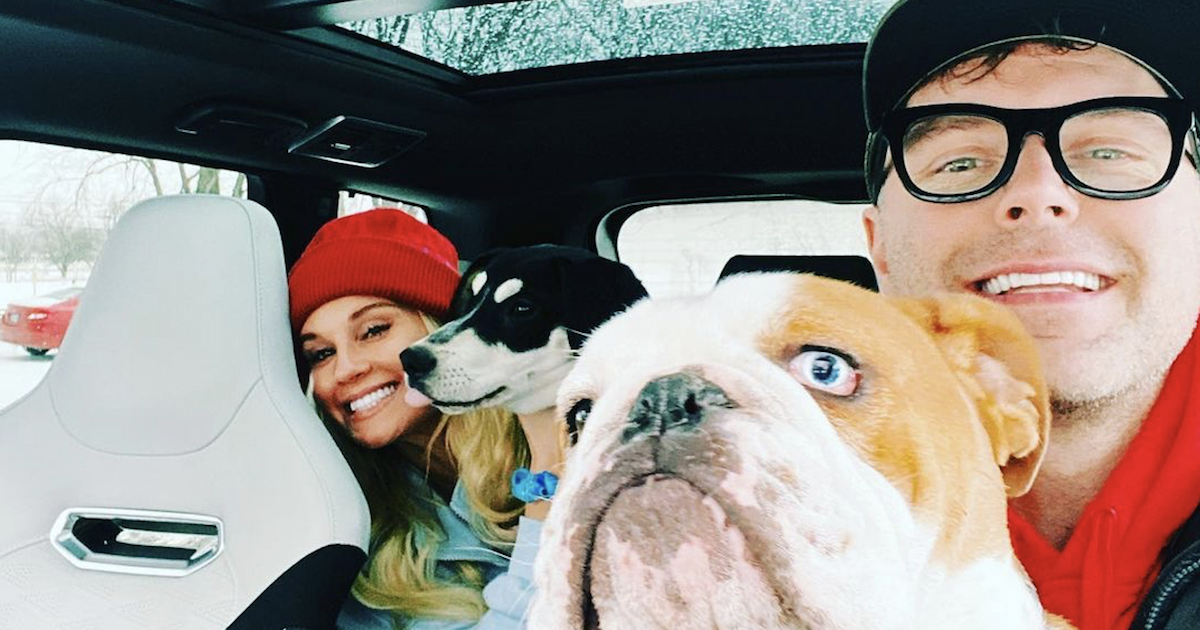 Over the past few years, radio star and TV personality Bobby Bones has seen his life improve in many ways. He went from living alone to getting engaged and adding two dogs to the family. Now, he’s happier than ever and making plans for his wedding with Caitlin Parker.

Wedding planning is a lot of work and making decisions can be tricky. But the couple knows one thing for sure: their furry friends need to be included. Their dogs are a big part of their family, so they would never leave them out on their big day. Yet, these pups still have a lot of training to work on.

In 2018, Bones was single and mourning the loss of his dog Dusty, who had passed away after 15 years with Bones. The idea of being alone was heartbreaking to the celebrity, so he gathered the strength to get another dog. He brought home a gorgeous English Bulldog named Stanley, who has striking blue eyes. Suddenly, his life felt complete again.

But then, when Bones and Parker got engaged, they decided to expand their family even further. They adopted Eller the Husky mix puppy from Wags & Walks in Nashville. While Stanley prefers to nap, Eller has been quite the handful as any puppy would be.

“They both had their difficulties at first, because she was basically taken right off the streets,” said Bones. “She was by herself. She was a lot younger than they had even told us. So, she was not in good shape and for a good reason.”

The couple loves having two dogs around, but it’s not always easy. Both dogs are young, so they misbehave often and sometimes fight with each other. Bones and Parker are working hard on training to correct these issues. After all, proper training might land the pups an exciting role in the near future.

The couple would love for Stanley and Eller to have important roles in the wedding. And they’re planning to make it happen, as long as the pups stay on their best behavior. If they misbehave too much, Bones and Parker might rethink their decision.

“Well, we think so. We’ll see how their training goes,” jokes Parker. “As of right now, they have a spot, but they can lose it if they behave poorly between now and then.”

The couple explained that the dogs can be very persistent when they want to play. Sometimes they don’t know when to calm down, which can be frustrating to their parents and each other. Once, Stanley pulled so hard on his leash that Parker injured herself, so leash training is also a must.

Luckily, the couple has a dog trainer who lives close by and works with the dogs. The couple and their dog-sitters also have plenty of time to work on training too. If Stanley and Eller continue to work hard, then they’ll be the perfect additions to the couple’s wedding. With enough persistence, they will make their parents proud!