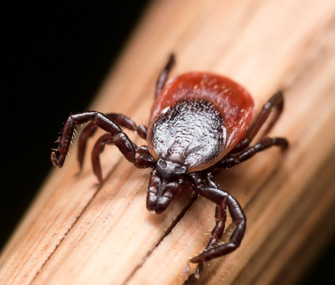 In the Northeast and upper midwestern parts of United States — the hotbed for Lyme disease — up to 90 percent of dogs may test positive for the bacteria that cause the disease. Of those dogs, typically only 5 to 10 percent will actually show signs of illness.

If they don’t appear to be sick, do they really have the disease? That’s just one of the questions veterinary experts are struggling to understand, and why diagnosis and treatment for Lyme disease can be controversial.

Lyme disease is an infection caused by spiral-shaped bacteria called Borrelia burgdorferi. Dogs can become infected with the bacteria through the bite of an infected deer tick, either Ixodes scapularis or Ixodes pacificus.

Although people can contract Lyme disease, too, you can’t get the bacteria directly from your dog — only through the bite of an infected tick. According to the U.S. Centers for Disease Control and Prevention (CDC), Lyme disease is currently the most commonly reported vector-borne disease in the United States.

Signs of Lyme disease can occur two to five months after infection or even later. Some dogs will show shifting-leg lameness or amble along with a hunched back and shortened gain, almost as if they are walking on eggshells. Other signs include enlarged lymph nodes, fever, swollen joints, lethargy and loss of appetite. Dogs usually don’t get the classic “target” skin lesions that people do. Some dogs can develop Lyme nephritis, a serious kidney disease that may shorten the dog’s lifespan.

To complicate matters, ticks may transmit multiple bacteria, or dogs may be infested with other kinds of ticks. The resulting co-infection with more than one disease can produce different signs and make diagnosis difficult.

Arriving at a Diagnosis

Veterinarians usually consider several factors before making a diagnosis of Lyme disease. A history of tick exposure, a positive test and clinical signs common with Lyme disease may help support the diagnosis.

If your dog has been vaccinated for Lyme disease and tests positive for the disease, your veterinarian may need to perform another test that can differentiate between the antibodies generated by the vaccine and an active bacterial infection. Because the signs of Lyme disease may also be signs of other diseases, your veterinarian may recommend other blood tests and diagnostics to rule out other possible causes for the signs. Whether your dog is showing signs or not, it is generally recommended that urine tests be performed to check for protein in the urine, a possible sign of Lyme nephritis.

What About Healthy Dogs?

Since the majority of dogs who test positive for Lyme disease don’t show any clinical signs, many veterinarians are hesitant to treat them. In fact, it is generally recommended that these dogs aren’t treated for a number of reasons, including the expense of medications, possible side effects and the potential to create antibiotic resistance among the bacteria causing the disease.

If additional testing shows your dog may have signs of Lyme nephritis or an extremely high number of antibodies to the bacteria, some veterinarians may choose to pursue treatment. Whether or not your dog is treated, your veterinarian will most likely recommend a recheck in three to six months.

Unfortunately, treatment isn’t always 100-percent effective. In some cases, low levels of bacteria can hide inside the body and escape recognition by the immune system, creating problems in the future. That’s why it’s always a good idea to watch your dog for recurring signs and talk to your veterinarian about recheck exams for your dog.

Chances are, your veterinarian will talk to you about tick preventives and possibly an annual Lyme vaccine to help prevent your dog from being re-infected in the future. It’s one instance where veterinary medicine offers preventive measures human medicine can’t!